The Hon Wayne Martin was admitted to legal practice in Western Australia in 1977.  In 1984 he became Senior Litigation Partner with Keall Brinsden in Perth and then in 1988 joined the Independent Bar.

From 2001 – 2003, he took on the role of counsel assisting the HIH Royal Commission in Sydney.  In 2006, he became the 13th Chief Justice of the Supreme Court of Western Australia.

In 2012, he was appointed a Companion in the General Division of the Order of Australia “for eminent service to the judiciary and to the law, particularly as Chief Justice of the Supreme Court of Western Australia, to legal reform and education, and to the community”.

He has held many positions as Chairman or Patron, and is also the Lieutenant Governor of Western Australia.

He was appointed inaugural Chair of the Judicial Council on Cultural Diversity in 2013 and served in that capacity until 2017.  He retired from the office of Chief Justice in July 2018. 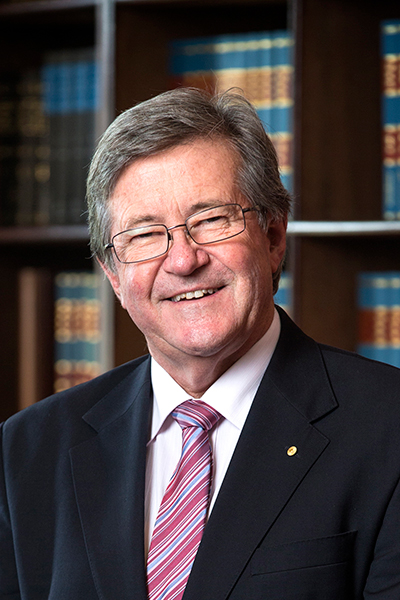